Home   >  Back  >   Dagenham People’s Addiction to their Spare Bedrooms? 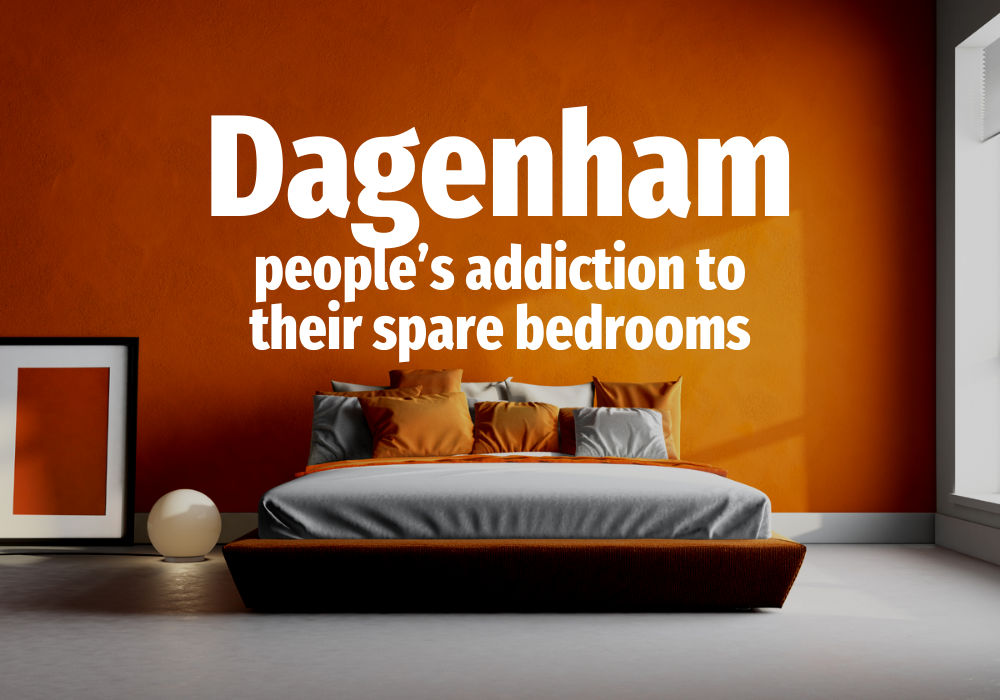 The Housing Minister, Chris Pincher, has suggested older homeowners are “rattling around” in their homes as they are too big for them. He implied they are selfish and should sell up and move to a retirement home when he spoke to a committee in the House of Lords. He stated that many British homes are “under-occupied” and could be better used by younger families with children.

He went on to say that the Government will aim to persuade UK housebuilders to build more developments suitable for OAPs, freeing up space in their existing homes, which in turn would open up more homes for first and second-time buyers.

So why is this an issue?

The fundamental problem of the Dagenham housing ‘crisis’, is the point that the supply of Dagenham homes has not historically met demand, thus increasing property values (and in turn rents), consequently ensuring home ownership becomes an unattainable ambition for the twenty something’s of Dagenham.

Call me a pragmatist, but it’s understandable that either demand needs to drop or supply needs to rise to stop this trend getting worse for the generations to come.

Don’t get me wrong, I admire Westminster’s plans to help first-time buyers with their ‘First Homes’ initiative to increase the supply of new homes being built just for first-time buyers. Yet it’s targeted to deliver only 1,500 homes in around 100 locations in the next two years.

To give you an idea of how this a drop in the ocean, the Government sponsored the independent Barker Review of Housing Supply Report in 2004 which was tasked at looking at what could be done to level the playing field regarding the housing needs for the UK. The report found that the UK needed 240,000 homes to be built each year just to meet the demand of a growing and aging population. Since 2000, the average number of properties built in the UK each year has only been 177,975 per year. This means we have been around 62,000 homes short per year. Therefore, after 20 years of this annual shortfall we, as a country, have 1,240,500 too few homes – hence the massive uplift in house prices over the last two decades.

Therefore, one option that could resolve the housing crisis is if the Government literally looked closer to home, concentrating on matching households with the appropriately sized home … and this is what the government have shone a light on … people with too many spare bedrooms.

Is having a spare bedroom something that in this day and age is particularly wasteful? Well, let’s look at the numbers for Dagenham.

13,603 Dagenham homes have one spare bedroom.

Well, everyone in my opinion needs a spare bedroom, especially in the light of lockdown where many of us needed to work from home.

Ok, let’s see who has two or more spare bedrooms.

have two or more spare bedrooms

Of all the homes in Dagenham, be they owned, privately rented or council house, 16.1% of Dagenham homes have two or more spare bedrooms, compared to the national average 45.2%.

Breaking it down by ownership/tenure -

Of the 20,610 owned houses in Dagenham, 4,806 have two or more spare bedrooms or as expressed as a percentage,

23.3% of Dagenham owned homes have 2 or more spare bedrooms (compared to the national average of 53.9%).

Of the 15,261 council houses in Dagenham, 1,606 have two or more spare bedrooms, or as expressed as a percentage,

10.5% of Dagenham council homes have 2 or more spare bedrooms (compared to the national average of 11.6%).

Of the 7,376 private rented houses in Dagenham, 562 have two or more spare bedrooms or as expressed as a percentage,

7.6% of Dagenham private rented homes have 2 or more spare bedrooms (compared to the national average of 19.4%).

You can see there is the spare capacity in the Dagenham housing market.

The Government hit the social housing sector with their ‘Bedroom tax’ in 2012, (also known as under occupancy charge or spare room subsidy) which meant that in council homes you would receive less in Housing Benefit or Housing Costs Element in a Universal Credit claim if you lived in a housing association or council property and were deemed to have one or more spare bedrooms.

Now it seems the Government have concentrated on the group that makes up the bulk of homeowners with spare bedrooms, the older owner occupiers of large properties, in their 60’s and 70’s, where the kids have flown the nest.

However, there are many explanations why these mature homeowners do not downsize. These people have lived in the same house for 30, 40 even 50 years, and as one matures in life, many people do not want to depart from what they see as the family home. Much time has been invested in making friends in their neighbourhood and it’s nice to have all those rooms in case every grandchild decided to visit, at the same time, and they brought their friends!

But is that a selfish point of view? Are we addicted to our spare bedrooms?

Or should the Government keep its nose out of where people live?

I would ask if the ‘Minister of Superfluously Sizeable Houses’ should be kicking you out of the Dagenham home you worked for and have spent much of your life in? And why is it assumed that retired homeowners want to downsize to small little bungalows and apartments? Many love their spacious living rooms and kitchens (which are typically found in bigger houses).

This Government is in a muddle about housing policy.

On one side of the coin, the Government announced an increase in the tax burden on the British public with a rise to its highest level since the early 1950’s to pay for care and the NHS, yet on the other side of the coin, recently cancelling vote losing policies, so that mature people going into care do not need to sell their homes (which if you think about it, they won’t live in anyway because they are going to long-term care). Whilst at the same time, to muddy the waters, they are suggesting to mature homeowners they have to move out of those same large homes to free it up for younger families?  If the Government don’t know what the answer is, who does?

The subject of downsizing is a delicate one to unravel.

We all know that mature homeowners, if they moved to a smaller Dagenham home, would lose all the space they take for granted and would be unable to have the grandchildren over. Remaining in your large Dagenham home is not greedy, it’s just the accepted human longing to enjoy a life after 50 plus years of working and paying your dues and taxes. You could say move to a managed retirement home? Yet many are very small and quite expensive.

I have spoken in previous articles in my blog on the Dagenham property market that there aren’t enough bungalows being built either. And anyway, why should you have to relocate and wave goodbye to all your neighbours who have become friends and provide a support network?

There is a case made by some that mature downsizers could be given stamp duty tax breaks to get them to downsize, yet I am not sure how this could be policed, and it doesn’t solve the problem of increasing the overall supply of property in the UK.

The real issue isn’t spare bedrooms, it’s the need to change the planning rules to increase the number and type of new homes being built that will satisfy these mature homeowners with excess spare bedrooms to move into.

Big national builders have exploited ham-fisted planning rules since the 1980s, but no political party seems to have the answer. Housing Minister Chris Pincher might say he wants to persuade builders to build more suitable homes for mature people, yet his Government’s actions don’t seem to match his words.

However, word coming out of Government is those plans could be cancelled following the Conservatives’ surprise defeat in the Chesham & Amersham by-election to the Liberal Democrats in the summer, which was blamed by some Conservative MPs on the new proposed planning laws.

So, whilst the Government decide what to do, what can mature Dagenham homeowners do if they feel they do want to downsize?

The biggest fear many mature Dagenham homeowners have is they will sell their large Dagenham home but be unable to find anything to buy – thus making themselves homeless.

In this current Dagenham housing market, the issue isn’t selling your Dagenham home, but ensuring you find the right home to move into. Feel free to drop me a line to discuss how we can potentially sell your own Dagenham property, tell the buyer to wait, then we will go and find a home for you to move into in your chosen area of Dagenham.

Of course, all this takes time and patience, yet this is what old school estate agents did before the internet and the property portals. There is no extra charge for this and even if we find you a buyer, and for whatever reason the move doesn’t go ahead, there will be no charge.

If you are a Dagenham homeowner or landlord and think this may affect you – feel free to drop me a line.

In the meantime, what are your thoughts about excess ‘spare bedrooms’? Let me know in the comments. 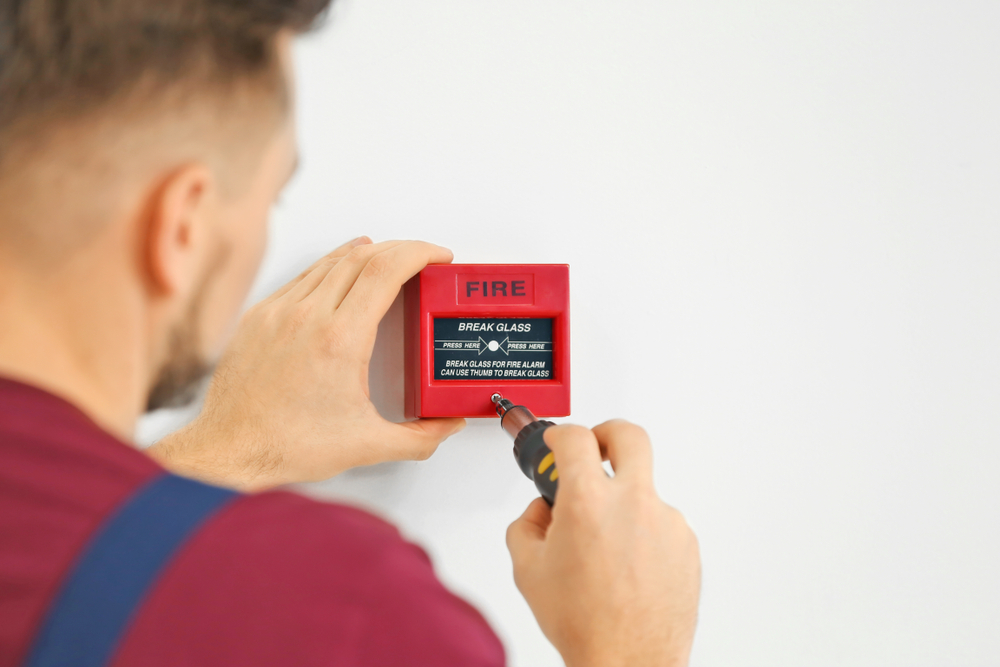 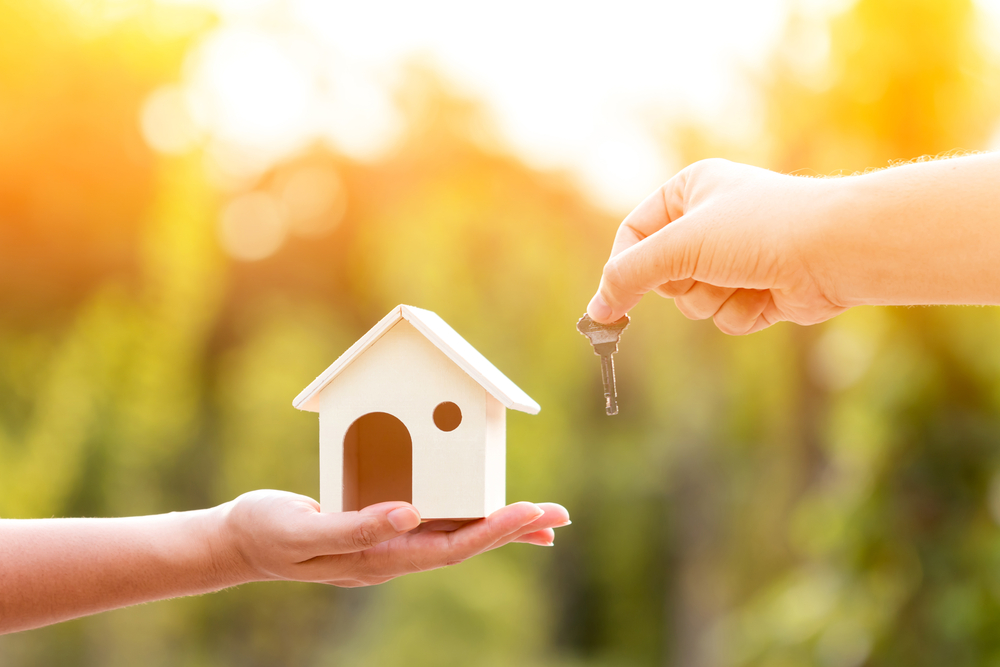